I often come across digital and physical interface designs that are either great (coherent) or terrible (incoherent). For some mysterious reason I’ve been wanting to capture such interfaces and share them.

To start, a curious headstone.

The goal of the design of a headstone is to be read by the living. For a few decades some of the people who read it will have known the deceased, but many won’t, and after a while no one will have personally known them. The design of this headstone ensures that it will get more reading-attention than an ordinary headstone. I certainly stood in front of it longer than any other, while figuring out how to decipher and read it.

It’s just the right degree of indecipherable. You can instantly tell that there’s something there to read and that it probably won’t require you to bust out pen and paper to do frequency analysis or ROT-13. It’s just hard enough to keep you standing there for a few minutes, and no harder. 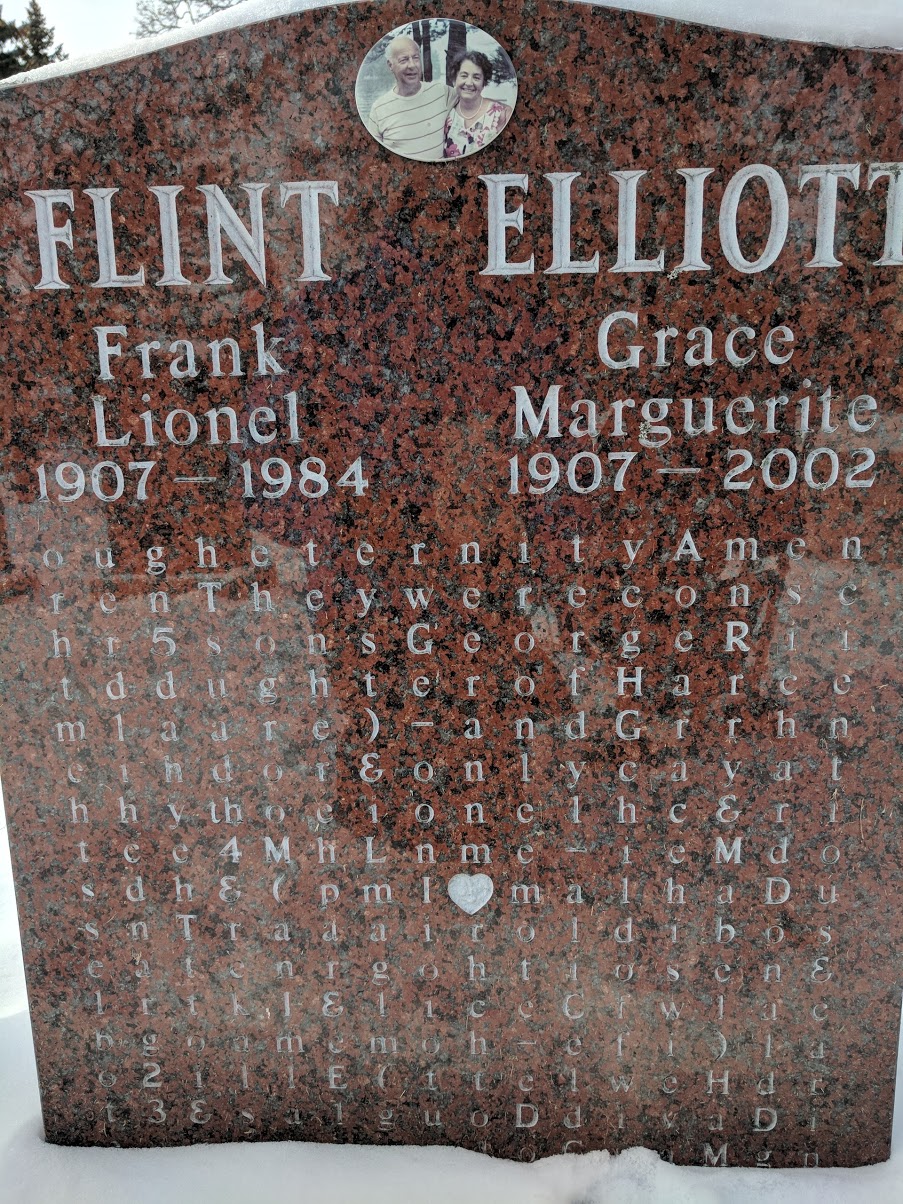